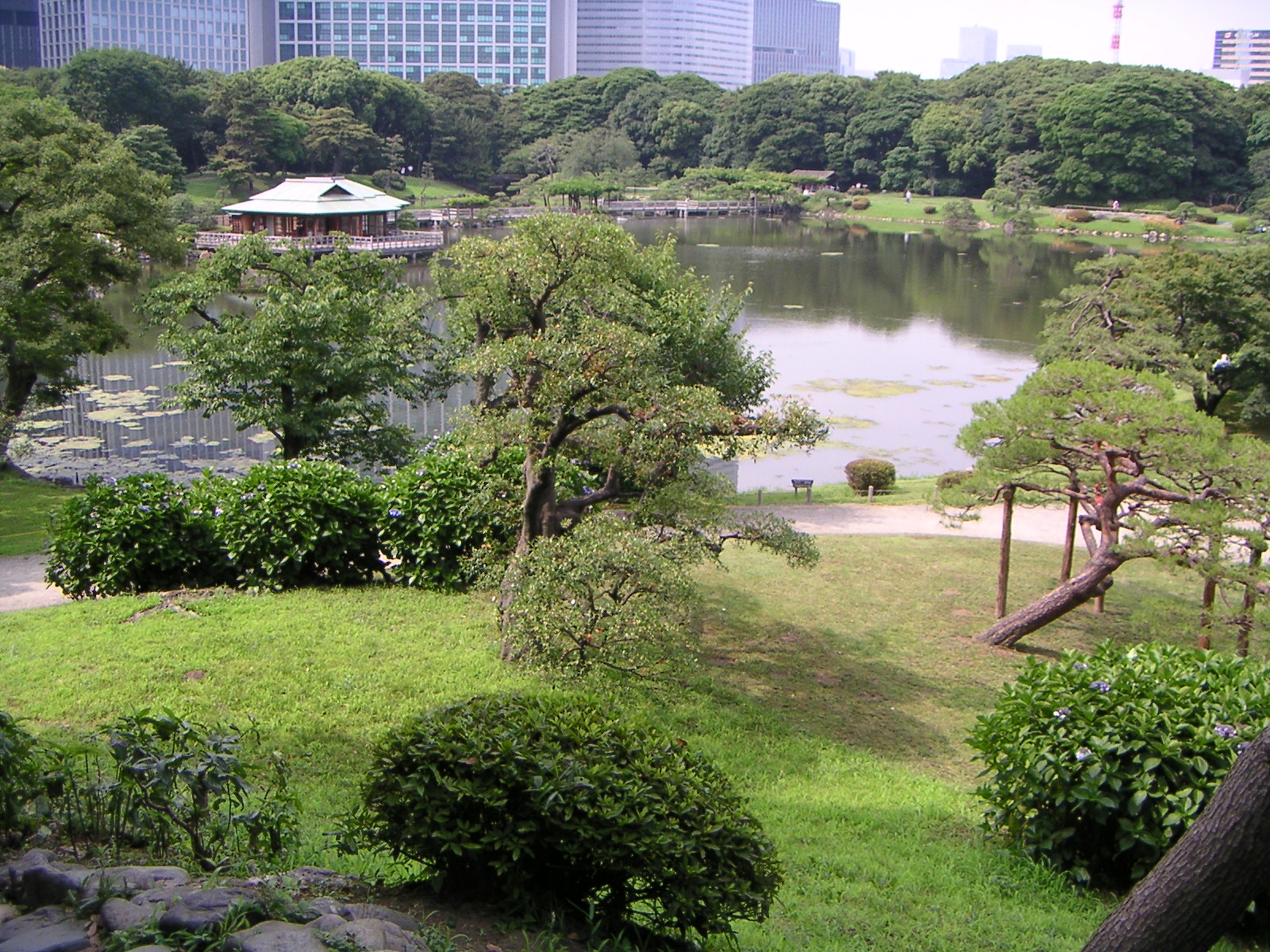 Hamarikyu Gardens is a public park in Chūō, Tokyo, Japan. Located at
the mouth of the Sumida River, it was opened to the public April 1,
1946. The park is a 250,165 m landscaped garden surrounding Shioiri
Pond, the park itself surrounded by a seawater moat filled by Tokyo
Bay. It was remodeled as a public garden park on the site of a villa
of the Shōgun Tokugawa family in the 17th century.

In the garden you can find a pond with a teahouse in the center.
Visitors can cross one of the three bridges to reach the teahouse,
where they can enjoy refreshment such as matcha and Japanese sweets in
a tea-ceremony style. The garden has a peony garden, a plum tree grove
and cosmos fields with flowers for every season. Japanese falconry and
aikido are demonstrated at New Year.

Hama Rikyu is attractive in any season. Although not as famous for its
fall foliage as some of the other gardens around Tokyo, it offers
plenty of maple, ginkgo and other trees that show their beautiful
autumn colors between late November and early December.
Late February brings plum blossoms, while the spring cherry blossom
season from late March to early April is spectacular. Several other
species of flowers bloom in spring including fields of peony and
canola blossoms.

Let one of the 24 Limousine sales team plan a day trip to Hamarikyu
Gardens for you & your traveling party. We can arrange for one of our
professional, English speaking Chauffeurs to get you there & back
safely , comfortable & in style. Sit back, relax & enjoy Japan's
nature at its finest.