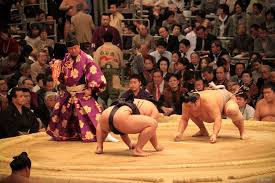 Six major sumo tournaments (called honbasho) are held during the year—one on each odd month, each taking place over 15 consecutive days. Three of these honbasho are held in Tokyo at the famous Ryogoku Kokugikan in Sumida and the others are held in Osaka, Aichi, and Fukuoka prefectures.
Sumo wrestling has its roots as part of a religious ritual performed at Shinto shrines over 1,500 years ago, making it the world’s oldest organized sport. Today, ritualistic elements still remain in sumo wrestling, with the players rinsing their mouths using sacred water and throwing purifying salt onto the fighting ring before the bout. The referees also dress like Shinto priests, and a Shinto shrine hangs over the ring. When wrestlers enter the ring they clap their hands in an act to summon the gods. Prior to the actual clash, the two wrestlers spend several minutes engaging in a preparation ritual by extending their arms, stamping their feet and glaring at their opponent. The actual match may end in the blink of an eye – with the longest stretching a few minutes. In its early form, sumo was a no-holds-barred mix of boxing and wrestling. After it was introduced into the ceremonies of the Imperial Court during the Nara Period (8th century), it developed into a more technique-based form with rules. Now, there are a whopping 70 winning techniques, or kimarite, that a rikishi (sumo wrestler) can use to force his opponent out of the wrestling ring or off balance. The type of technique used to win the match is announced after every bout.

If you manage to secure tickets to one of the Sumo tournaments why not make the experience even more memorable by arriving in style in one our prestige vehicles. Contact the 24 Limousine sales team & they'll organize an english speaking chauffeur to escort you to the venue. This sport is a national pastime in Japan & something you should definitely try & witness if you get the chance. You will not be disappointed. 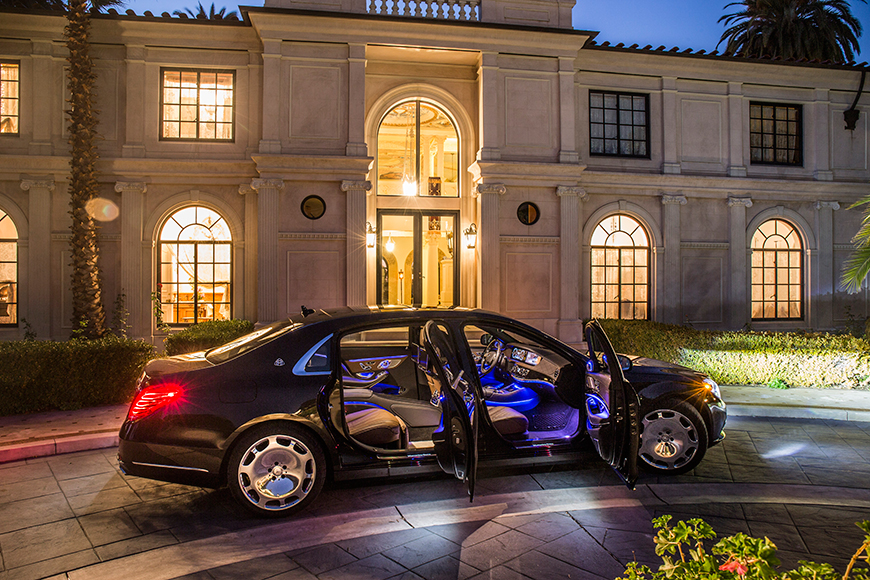