Conveniently located next to the famed Meiji Jingu shrine, Yoyogi Park serves Tokyo locals with sprawling lawns and ample sports facilities. Compared to other parks that focus on things like flower variety or traditional design aesthetics, Yoyogi Park’s charm comes from its straightforward functionality and the eclectic mix of characters it attracts.

The practical appeal of the grounds makes the park a gathering place for people from all walks of life. Various groups such as punk rockers, martial arts club members, rockabilly dancers and cosplayers make the park a frequent gathering place, while amateur athletes take advantage of the soccer field, hockey field, and cycling course within the grounds. Everyone is welcome.

The history of the site provides a compelling glimpse into Japan’s modern development from fascist military power, to developing democracy, to booming capitalist society. The grounds initially gained attention as the site of Japan’s first powered aircraft flight in 1910. As the nation grew into a mighty military power in the following decades, the Imperial Army used the area to stage nationalist parades. In an ironic twist of fate, after Japan lost the war, US forces converted the grounds into a military housing development called Washington Heights. Two decades later the area was transformed yet again, this time to host the 1964 Olympics.

Combine your visit to Yoyogi Park and the neighboring Meiji Jingu shrine with a half-day of retail therapy along Omotesando-dori, Japan's equivalent of the Champs-Élysées.

Call 24 Limousine & one of our sales staff will arrange for a professional Chauffeur to escort you to & from Yoyogi Park in one of our many prestige vehicles. This is a must see for anyone visitingJapan. You will not be disappointed ! 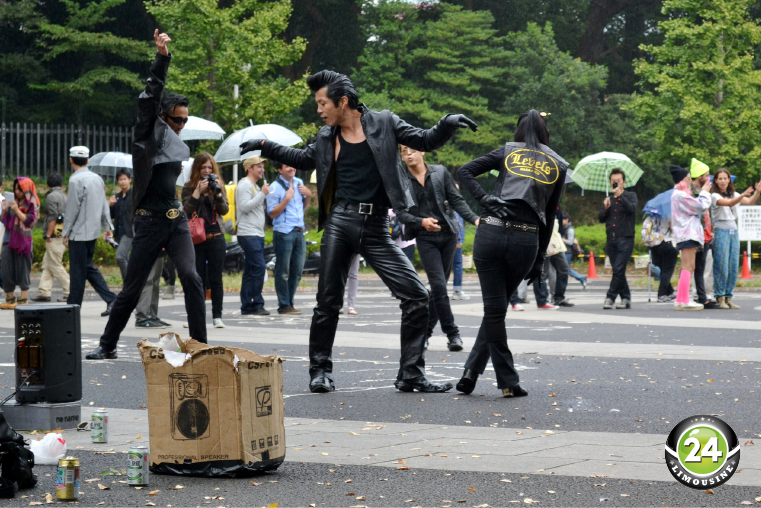