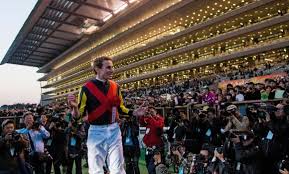 The Japan Cup  is one of the most prestigious horse races in Japan. It is contested on the last Sunday of November, post time of 15:40 at Tokyo Racecourse in Fuchu, Tokyo at a distance of 2400 meters run under weight for age conditions with a maximum of 18 horses on turf (grass). With a purse of ¥476 million (about US $5.8 million), the Japan Cup is one of the richest races in the world.

The Japan Cup is an invitational event. During a relatively short history, the race has established itself as an international contest with winners from Japan, North America, Britain, Australia, New Zealand, Ireland, France, Germany and Italy.

The Japan Cup has produced some of the most memorable finishes seen in Japanese racing. Along with the Prix de l'Arc de Triomphe, Melbourne Cup and the Breeders' Cup, the race ranks as one of the great end-of-year events.

The Japan Racing Association established the Japan Cup as an international invitational race in order for local racehorses to have the opportunity to compete against horses of an international calibre and to promote goodwill within the racing community worldwide.

With the November 24 race day fast approaching, why not organize your transportation early rather than later. Contact 24 Limousine & our sales team will arrange a prestige vehicle with an english speaking chauffeur to escort you to & from the Japan Cup in comfort & style.

We hope you back a winner ! 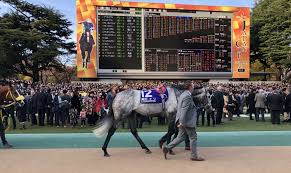